Back to All Inductees
Inductee
BEISLER, RANDY 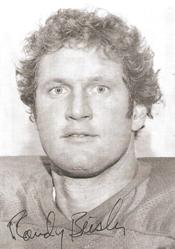 Professional Athletic Honors: Started on Eagles offensive line that set a record by allowing only 8 quarterback sacks in one season; while with 49ers, team went to 5 play-off games and won 3 conference championships, 1970-1972.